As the east coast bushfire crisis finally abates, it’s easy to see nothing but loss: more than 11 million hectares of charcoal and ash, and more than a billion dead animals.

But it is heartening to remember that bushfire can be a boon to some plants and animals. We’re already seeing fresh green shoots as plants and trees resprout. Beetles and other insects are making short work of animal carcasses; they will soon be followed by the birds which feed on them.

Australia’s worsening fire regimes are challenging even these tolerant species. But let’s take a look at exactly how life is returning to our forests now, and what to expect in coming months. 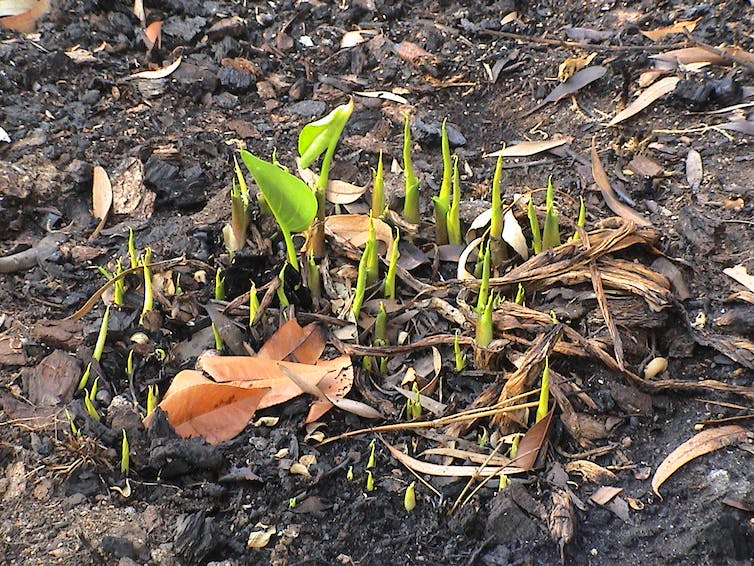 Life is returning to fire-ravaged landscapes. Flickr, CC BY

The science of resprouting

Of course, bushfires kill innumerous trees – but many do survive. Most of us are familiar with the image of bright green sprouts shooting from the trunks and branches of trees such as eucalypts. But how do they revive so quickly?

The secret is a protected “bud bank” which lies behind thick bark, protected from the flames. These “epicormic” buds produce leaves, which enables the tree to photosynthesise – create sugar from the sun so the tree can survive.

Under normal conditions, hormones from shoots higher in the tree suppress these buds. But when the tree loses canopy leaves due to fire, drought or insect attack, the hormone levels drop, allowing the buds to sprout.

This summer’s fires left in their wake a mass of decaying animal carcasses, logs and tree trunks. While such a loss can be devastating for many species – particularly those that were already vulnerable – many insects thrive in these conditions.

For example, flies lay eggs in the animal carcasses; when the maggots hatch, the rotting flesh provides an ample food source. This process helps break down the animal’s body – reducing bacteria, disease and bad smells. Flies are important decomposers and their increased numbers also provide food for birds, reptiles and other species.

Similarly, beetles such as the grey furrowed rosechafer, whose grubs feed on decaying logs and tree trunks, add nutrients to the soil when they defecate which helps plants grow again.

Insects also benefit from the mass of new leaves on trunks and branches. For example, native psyllids – an insect similar to aphids – feed on the sap from leaves and so thrive on the fresh growth. 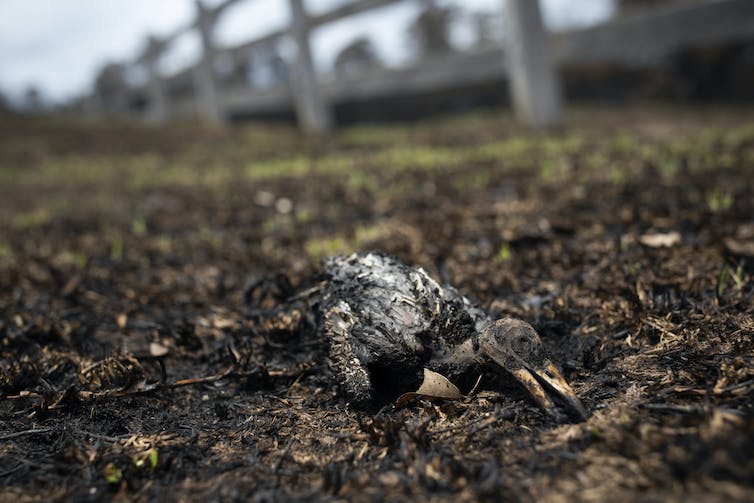 Animal carcasses are a sad consequence of bushfire, but provide a boon to some insect species. Sean Davey/AAP

Then come the birds

Once insects start to move back into an area from forested areas nearby, the birds that eat them will follow.

An increase in psyllids encourages honeyeaters – such as bell miners and noisy miners – to return. These birds are considered pests.

A CSIRO study after bushfires in Victoria’s East Gippsland in 1983 found several native bird species – flame and scarlet robins, the buff-rumped thornbill and superb fairy-wren – increased quickly to levels greater than before fire. As shrubs in the understorey regrow, other species will move in, slowly increasing biodiversity.

Read more: Not all weeds are villains. After a fire, some plants – even weeds – can be better than none

Since the recent bushfire in woodland near Moonbi in New South Wales, numerous bird species have returned. On a visit over this past weekend, I observed currawongs landing in the canopy, saw fairy wrens darting in and out of foliage sprouting from the ground, and heard peep wrens in tufts of foliage on bark and high branches.

Honeyeaters moved between burnt and intact trees on the edge of the blackened forest and butterflies visited new plants flowering after recent rain. 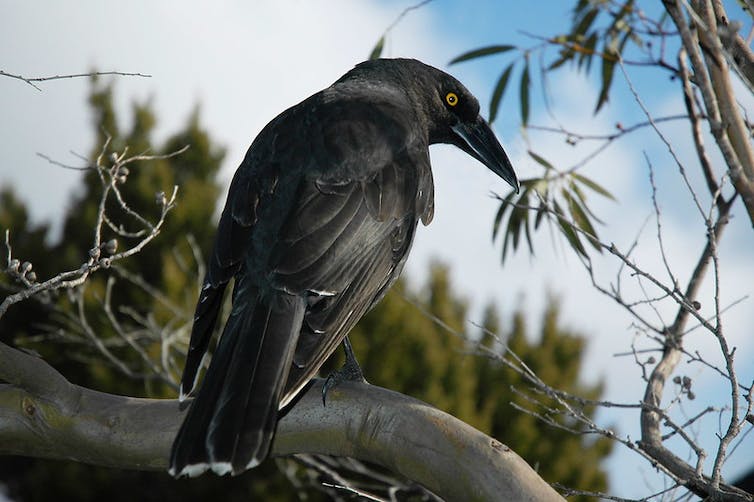 The presence of the currawong, while a pest species, shows birdlife is returning to the bush. Flickr, CC BY

Weeds usually benefit when fire opens up the tree canopy and lets in light. While this has a downside – preventing native plants from regenerating – weeds can also provide cover for native animal species.

A study I co-authored in 2018 found highly invasive Lantana camara provided habitat for small mammals such as the brown rat in some forests. Mammal numbers in areas where lantana was present were greater than where it was absent.

Lantana often grows quickly after fire due to the increase in light and its ability to suppress other plant growth. 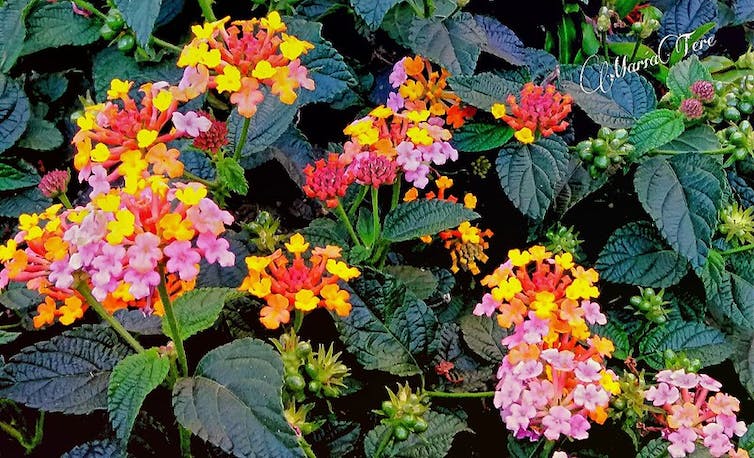 Is there hope for threatened species?

Generalist species – those that thrive in a variety of environments – can adapt to burnt forest. But specialist species need particular features of an ecosystem to survive, and are far less resilient.

The critically endangered Leadbeater’s possum lives only in small pockets of forest in Victoria.

It requires large fires to create a specific habitat: big dead trees provide hollows for shelter and nesting, and insects feeding on burnt wood and carcasses provide a food source.

But for the Leadbeater’s possum to benefit from the fire regime, bushfires should be infrequent – perhaps every 75 years – allowing time for the forest to grow back. If fires are too frequent, larger trees will not have time to establish and hollows will not be created, causing the species’ numbers to decline.

Similarly in NSW, at least 50% and up to 80% of the habitat of threatened species such as the vulnerable rufous scrub-bird was burnt in the recent fires, an environmental department analysis found.

Only time will tell whether biodiversity in these areas is forever damaged, or will return to its former state.

Large fires may benefit some native species but they also provide food and shelter for predatory species, such as feral cats and foxes. The newly open forest leaves many native mammals exposed, changing the foodweb, or feeding relationships, in an ecosystem.

This means we may see a change in the types of birds, reptiles and mammals found in forests after the fires. And if these areas don’t eventually return to their pre-fire state, these environments may be changed forever – and extinctions will be imminent.