Jase definitely took the scenic route to get to where he is today. As the Founder of .... As the Founder of Cool, Jase Kimberley, definitely took the scenic route to get to where he is today. Having worked in fashion, photography, retail, warehousing, stockbroking, wholesale, building, fruit picking, cattle herding, roof repairs, a restaurateur and even a published author of two books, his cap has so many feathers in it, it flies north for the winter. When he’s not doing Managing Director stuff (that’s the technical term), Jase enjoys a cold VB, a freshly speared mud crab and supporting the Sydney Swans (you think you know someone…). Much like his hero, Willy Wonka, you never know what to expect with Jase, although unlike his hero he doesn’t currently have a working chocolate river in his house (emphasis on the word ‘currently’). At the heart of Jase is an adventurer who loves his family, friends and making the world a cooler place for the future. Former classroom teacher, Mark is an avid fan of Jurassic Park, it's safe to say that Mark's 'life found a way'. Originally a .... As an avid fan of Jurassic Park, it’s safe to say that Mark’s ‘life found a way’. Originally a science teacher in Scotland (where they pronounce it ‘shiensh’, like Sean Connery), Mark followed his passion for science to Melbourne (where they pronounce it ‘sawyence’). From here Mark dabbled in teacher training as part of an EdTech startup and has written for Australia’s Science Channel on the side (as you do). After a science experiment gone wrong, Mark now has the super-human ability to smell out cheeseburger joints wherever he goes (he hasn’t got a superhero name yet but I’m liking SmellBoy… like HellBoy). Mark is also an avid comic book reader (and maybe soon-to-be star?) and even has his favourite comic book artist’s signature tattooed on his leg. As Head of Education, Mark can talk your ear off about the important work Cool does, and we wouldn’t want it any other way. Krista is Cool's Head Writer, but if called upon she's more than capable of shoulders, .... Krista is Cool’s Head Writer, but if called upon she’s more than capable of shoulders, knees and toes writing. With degrees in Biodiversity, Conservation and Park Management topped with a Master’s in Environmental Education Krista definitely took the scenic route to becoming the Cool’s content lead. When not writing Krista loves watching birds, identifying birds and then talking about birds with her pet Turkey. She also dreams of one day living in a treehouse and has exactly zero interest in going to Mars, which I assume is because of the lack of trees, birds or educational facilities. Former classroom teacher, Casey has a knack for befriending strangers in the surf and around the streets of Geelong. Her friends would say it’s because she’s a chatterbox, but Casey would argue it stems from her love of storytelling and connecting with people from all walks of life. Casey’s passion for teaching and learning alongside others has led her to work in some extraordinary places, such as Groote Eylandt in Arnhem Land and the Northern Alps of Japan. When Casey’s not teaching in a classroom, she’s usually producing short films and digital resources to help educate, excite and empower people to achieve their goals. 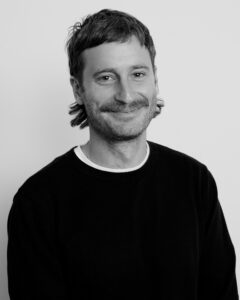 Lara is a true food aficionado, adventurer, truth seeker and rule breaker (when necessary). She craves change, new experiences and is on a mission to explore every country on Earth. Just don't ask her to skydive; she's not that adventurous! From a young age, her favourite question was, "Why?" So it was only natural her curiosity led to a career in journalism and the media. Now armed with 10+ years of digital, TV and radio experience, alongside her passion for sustainability and a secret plan to overhaul Australia's education system, you can see why her and Cool are a match made in heaven.