Quick summary: This lesson incorporates clips from Blue The Film as learning inspiration. Students explore the role of the ocean and some of the different habitats that can be found in the ocean. Students begin by reflecting on a range of artworks that represent different marine habitats. They are then asked to think about the role of the ocean and how the marine habitats support these roles. They then work in groups or pairs to create an artwork to communicate a message about ocean habitats, and share their artworks with the class.

Relevant parts of Year 3 & 4 Visual Arts achievement standards: Students collaborate to plan and make artworks that are inspired by artworks they experience. They use visual conventions, techniques and processes to communicate their ideas. Learning intention: Students learn about the role of the ocean and the different marine habitats that can be found within it. 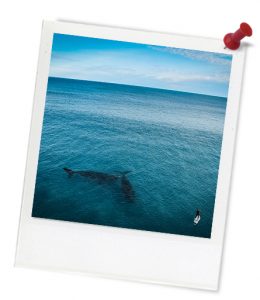 Thought starter: What does the ocean mean to you?

1. What is the ocean message of your artwork?

2. How successfully do you think you managed to include this message in your artwork?

3. What is your favourite part about your artwork?

5. How does this artwork make you feel about oceans?