Activity: Blue: From the River to the Ocean – Early Learning Quick summary: This activity is designed to show children how looking after the land around us means looking after the ocean. Younger children will investigate how fresh water can look different when a range of natural contaminants are added to it. Older children will create a river and a sea, and will experiment with adding contaminants to the river to see how pollution from the land can end up in the ocean. This activity is designed to help connect children to the wonders of the natural world through sensory and play-based learning.

Cool Australia would like to acknowledge the support of the Seedlings Early Years Education for Sustainability (EYEfS) program. 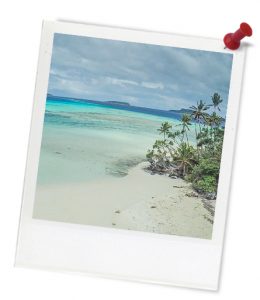 Learning goals: The aim of this activity is to get children thinking about how the actions we take on land can affect our ocean. Younger children will investigate the way that natural contaminates change the way water looks. Older children will experiment with adding contaminants to the river then investigate how rivers can carry waste to our oceans, and the effect this has on both river and ocean health.

Information about Blue The Film:

From space, our planet appears as a tiny blue dot in the vastness of the universe. No matter where you live on our blue planet – you’re connected to the sea.

By international standards, Australia is