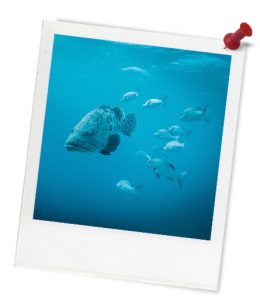 Quick summary: This lesson incorporates clips from Blue The Film as learning inspiration. Students explore some of the ways humans have impacted on our ocean. They begin by sharing what they already know about the impacts of humans on marine ecosystems and species. Students then explore in more depth how humans impact oceans through waste and pollution, coastal development, overfishing and ocean change. Finally, students will work in groups to create their own guided discussion around additional clips from Blue, taking it in turns to then share their clips and guided discussions with the class.

Relevant parts of Year 7 Science achievement standards: Students predict the effect of human and environmental changes on interactions between organisms. Learning intention: Students will understand how humans affect the health of the ocean and some of the organisms that live there.

By international standards, Australia is a marine conservat

Thought starter: What are some of the ways you need the ocean?

How do we need the ocean?

After you have watched the clip 'We Owe The Ocean', work independently to reflect on the clip and what you thought about it using the following questions:

1. How did this clip make you feel and why?

2. What was most interesting or inspiring about this clip?

3. What were the main messages of the clip and how relevant are they to you?

4. What are some other ways (not mentioned in the clip) that you need or experience the ocean?

5. What questions do you still have about this clip?

How do we impact the ocean?

Working in groups, you will now create your own guided discussion to share with the class around one of the following clips (your teacher will assign your group with a clip).