Activity: PAUL KELLY – STORIES OF ME – Making the Documentary 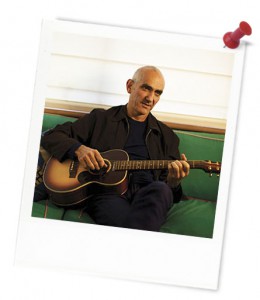 Quick summary: Using the documentary Paul Kelly – Stories of Me students will explore the codes of documentary films in a category-matching activity. They extend their understanding by conducting some further thinking and research into the codes, or ‘ingredients’ of a documentary, then apply their understanding by tracking an ingredient through the film. They will then create a presentation that demonstrates their understanding of how the ingredient is used throughout the film. Students then record their reactions to the opening scene of the film and apply the influence of film techniques to their reactions. Students plan, draft, edit and publish a written piece that compares the opening scene of the film with the scene where Paul Kelly performs “Dumb Things”.

This lesson uses sections of Shark Island Production’s Paul Kelly – Stories of Me as learning stimuli. Teachers are required to create an account to view the film and use the supplied code to enable students to access the film.

Investigate the relationships between language, context and meaning by:

Examine similarities and differences between imaginative, persuasive and interpretive texts including:

Analyse and evaluate how responses to texts, including students’ own responses, are influenced by:

Create a range of texts:

Compare texts in a variety of contexts, mediums and modes by:

Investigate the representation of ideas, attitudes and voices in texts including:

Analyse and evaluate how and why responses to texts vary through:

Create a range of texts:

Unit of work: PAUL KELLY – STORIES OF ME

Resources required: Student Worksheet – one copy per student OR computers/tablets to access the online worksheet. Device capable of presenting a website to the class. Enough devices to view Paul Kelly – Stories of Me (teachers are required to create an account to view and invite students to view the film) in pairs. Documentary Ingredients categorisation activity (cut up enough for one set between 2-3 students before commencing lesson). Blu-Tack, sticky notes. Effect of Composition Pictures (print before commencing lesson). Access to PowerPoint, Prezi or similar.

Acknowledgements: This resource has been adapted from ‘Paul Kelly: Portrait of an Artist’ written by Eva Gold, Mel Dixon, Ann Small, Bradley Merrick with Appendix from Victorian teachers by Monika Wagner. Teacher content information: This lesson is based on the film Paul Kelly - Stories of Me, which charts the many lives, loves and losses of Paul Kelly, one of Australia’s most gifted singer-songwriters. His songs have been marking out the Australian landscape and its people through words and music for almost 40 years. The stories and the music of Paul Kelly explore and reflect the Australian experience, life and culture.

The film is a contemporary music documentary that allows students to explore popular culture, storytelling and how people are

Thought Starter: "I think movies have much more magic than the theater. Theater can be a magical experience, but movies thrust their subjectivity on you in a more profound way" - Zoe Kazan

Part A: Exploring the Codes of a Documentary Text - What are the Ingredients?

Part B: Tracking the Ingredients of Documentaries

1. Choose the documentary ingredient that you are most intrigued by. Note it here: