Activity: Poverty And Inequality In Australia – What Are The Chances? – Mathematics – Years 7 & 8 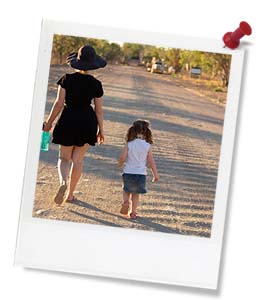 Quick summary: What are the chances of a person in Australia experiencing poverty? It might be higher than you think, with a range of factors potentially contributing to their income being less than half of the Australian median income.

Students solve problems involving percentages and all four operations with fractions and decimals. Students use fractions, decimals and percentages, and their equivalences. They express one quantity as a fraction or percentage of another. Students determine the sample space for simple experiments with equally likely outcomes and assign probabilities to those outcomes.

Students solve everyday problems involving rates, ratios and percentages. They explain the effect of outliers on means and medians in that data. They simplify a variety of algebraic expressions.

Topic: Poverty and Inequality in Australia

Level of teacher scaffolding: Medium – teachers guide discussion and explain the meaning of probability and other maths concepts, then support students in their independent work. The content and information in these lessons may be overwhelming and cause some students to experience heightened emotions. Please ensure you allow students to ask questions and to discuss any issues or concerns. Before teaching the lesson, you may consider conducting a class check-in or circle time to establish a safe learning environment. Inform students that this might be a complex topic for them to comprehend. However, let your students know that differences in people’s incomes and wealth are nothing to be ashamed of and that these may be beyond the control of individuals and families – for example, some have more luck than others in landing a good job. Assure students that organisations and campaigns are working towards decreasing poverty in Australia, and if they would like more information, they can visit the Anti Poverty Week website (www.antipovertyweek.org.au) and the Poverty and Inequality website (povertyandinequality.acoss.org.au).

Thought-starter: What is the likelihood of a person experiencing poverty?

Step 1. Perform the calculations and fill in the grids. Remember to round your answers to the closest whole number.

32% of households in Australia rent their home.

19% of households who rent their home live below the poverty line.

This means that out of 100 households,________rent their home. Colour these squares red in the grid below.

Out of these households who rent, ________ of them live below the poverty line. Put a blue border around this number of red squares in the grid below.

14% of families in Australia are single-parent households.

35% of these families live below the poverty line.

This means that out of 100 families, ________ are single-parent households. Colour these squares red in the grid below.

Out of these single-parent households, ________ of them live below the povert