‘All things will outlast us’: how the Indigenous concept of deep time helps us understand environmental destruction

The bushfire royal commission is examining ways Indigenous land and fire management could improve Australia’s resilience to national disasters. On the face of it, this offers an opportunity to embrace Indigenous ways of knowing.

But one traditional practice unlikely to be examined is the Indigenous concept of “deep time”. This concept offers all Australians a blueprint for understanding the land we live on.

In the words of University of Technology, Sydney, Visiting Research Fellow and Yuwaalaraay/Gamilaraay woman Frances Peters-Little:

What is deep time?

Deep time asks us to rethink our narrow conceptions of time by looking back far into Earth’s history, and looking forward far into the future.

The Indigenous Australian sense of history spans the 65,000 or more years they have lived on this continent. This goes way beyond the Western concept of “ancient history”, set in the Northern Hemisphere and reaching little beyond 6,000 years.

Australia’s deep human history covers everything Aboriginal people achieved before 1770 – the year marking the arrival of British navigator Lieutenant James Cook on the Endeavour – and 1788 when convicts under the governance of Arthur Phillip arrived.

Different groups of Indigenous people witnessed these events. But they also witnessed the great climate dramas of the Pleistocene and the Holocene. They experienced the chilling cold and adapted to the drying up of key water sources such as Willandra Lakes in far west New South Wales.

Around Sydney, they witnessed river systems forming and changing course around Kamay or Botany Bay, and the lands of Port Phillip Bay rapidly filling with water. In Queensland, they witnessed their lands being submerged and islands such as Koba (Fitzroy Island) being created. Some are thought to have observed the Great Barrier Reef being formed and volcanoes erupting.

The Indigenous Australian sense of history spans the 65,000 or more years they’ve lived on this continent. Shutterstock

Beyond a Western sense of time

The story of deep history cannot be gleaned from the kinds of written evidence left by Cook and Phillip in their 18th-century journals. Rather, information about the deep past is held in features of the landscape itself.

As the Anangu people of Uluru explain, the land contains proof of a spoken narrative, like a photograph. The land’s markings are the archives, the inscriptions revealing and proving deep history stories.

Nature can expose some of these stories. In southwestern Victoria last summer, for example, the bushfires uncovered more sections of the ancient stone fish traps at Budj Bim.

Read more: Our land is burning, and western science does not have all the answers

Similarly, in the late 1960s, erosive winds took away sand deposited over tens of thousands of years, revealing the grave site of Lady Mungo in southwestern NSW. Here, her remains were ritually burnt 40,000 years ago.

For Aboriginal people, these events constitute their ancestors revealing themselves; people of the past speaking directly to those in the present. It is almost as if the ancestors are living today – in what anthropologist WEH Stanner translated as an “everywhen”. 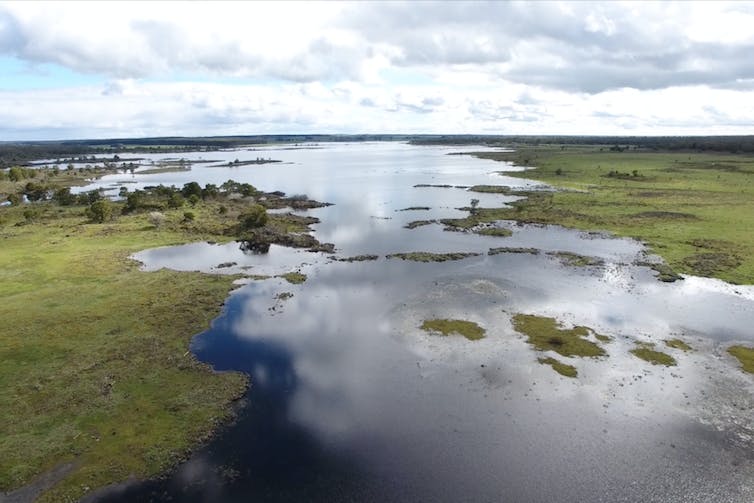 A blueprint for change

News in May that mining company Rio Tinto destroyed two rock shelters containing evidence of habitation dating back 46,000 years triggered public outrage. Perhaps this signals a burgeoning realisation that to understand our land, Australians need a history that stretches well beyond 1788.

To achieve this, Indigenous custodians, parks officers, historians and archaeologists might work together to develop a “deep time” research policy. This might include a national survey to assess the cultural heritage of Australia’s deep past.

Across Australia, many such sites – containing ancient rock art, engravings and the like – are little known and sometimes neglected. Surveying them will give all Australians insights into ecological change.

Of course, some of this work is already underway. Last summer’s Blue Mountains fires burnt some of these relics. But researchers and Indigenous people are working together to record and conserve remaining sites.

At Namadgi National Park near Canberra, rock art identifies animals of the region, such as dingoes, kangaroos and wallabies. Firefighters successfully saved the Yankee Hat rock art site, including ripping up its timber boardwalks to prevent it burning. Figures at the site were painted over hundreds, or possibly thousands of years.

Elsewhere, such as in the Kuringai National Park in NSW, rock engravings point to astronomical knowledge about the Milky Way. The appearance of an emu figure in the sky once signalled it was time to gather emu eggs. 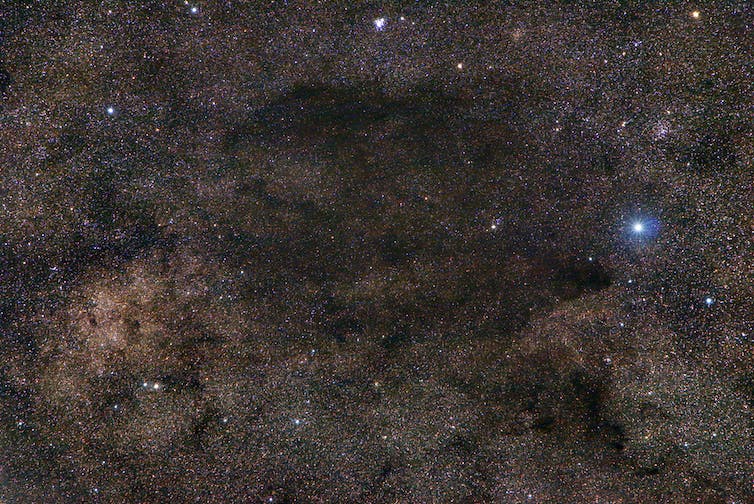 Indigenous Australians use astronomy, such as this emu constellation, to identify ecological patterns. Dylan O’Donnell/Wikimedia

Embracing a deep, expansive understanding of non-linear time helps give context to disasters such as bushfires. On Australia Day this year as the fires raged around Canberra, Frances Peters-Little told me:

There’s a lot of talk of extinction. (But) Aboriginal people are focusing on rejuvenation. It is our responsibility to ensure the land is protected … As a culture that has lived here tens of thousands of years, we know this. We have been here too long to think it’s the end of things.

We must all think of ourselves not just in biographical time – inhabiting one lifespan – but rather, of the future generations to come and those long before us.