Civilization: The Way We Live Now – powerful, troubling photographs of a crowded planet and uncertain future

In 1955, an enormous photographic exhibition, The Family of Man, challenged the world as to what it meant to be human. The curator, Edward Steichen, assembled 503 photographs by 273 photographers from 68 countries, while his brother-in-law, the poet Carl Sandburg, provided the lyrical subtext to the show and its title. 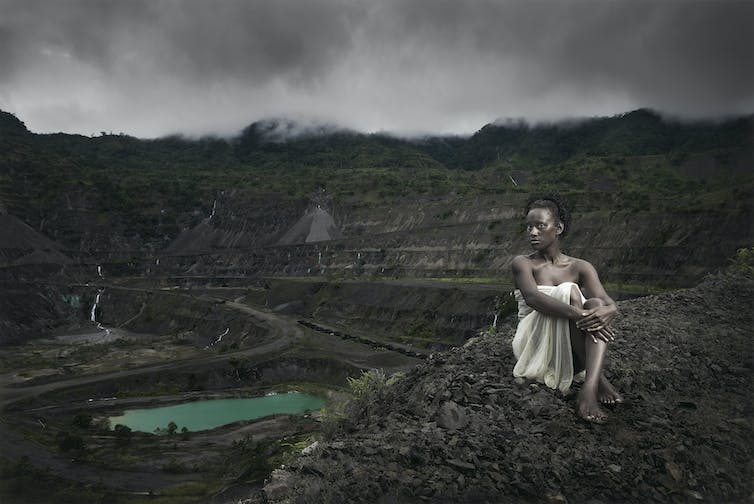 In some ways, this new vast exhibition, Civilization: The Way We Live Now, a version of which has just opened at the National Gallery of Victoria, catches the flame of the challenge of The Family of Man with its dreams of humankind living on a rapidly shrinking globe.

The show brings together over 100 contemporary photographers from Africa, Asia, the Americas, Europe and Australia with over 200 photographs. Unlike its illustrious predecessor of more than 60 years earlier, many of the photographs in this exhibition are huge in dimensions and in a very wide range of mediums. 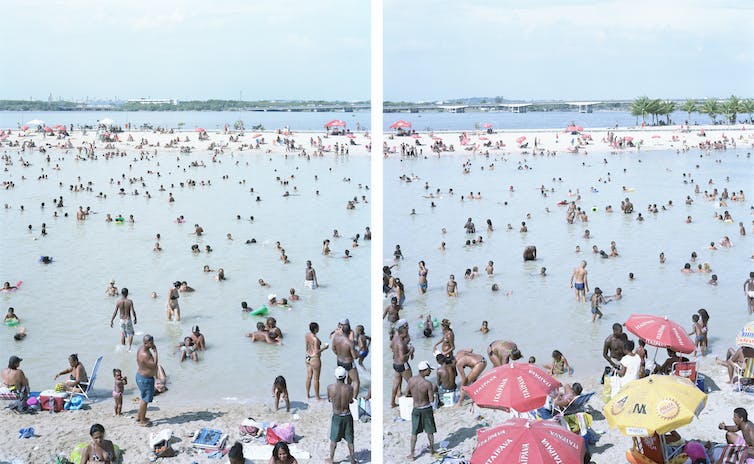 “Civilization”, the title of numerous exhibitions, conjures the image of civilisations of the past – Egypt, Rome, Byzantium – empires that rose and collapsed. This exhibition explores the concept of a “planetary civilisation” – one, where for the first time in human history, more people live in cities, than in rural settings. 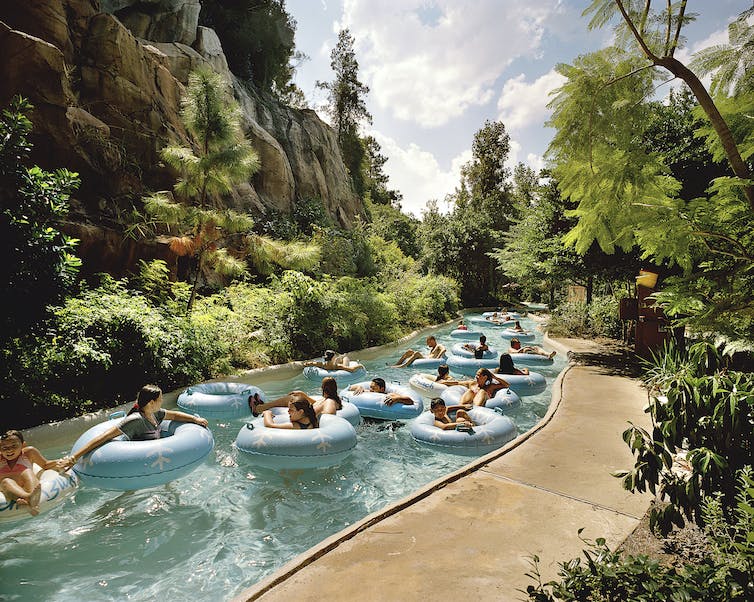 Human mobility and interconnectivity have meant that more people, countries and economies are interdependent than ever before. For the first time, there is a real prospect that the human species stands to comprehensively annihilate itself, not through an act of war, but through man-made climate change and over consumption. It is also the first time that photographers are virtually everywhere and are photographing virtually everything. 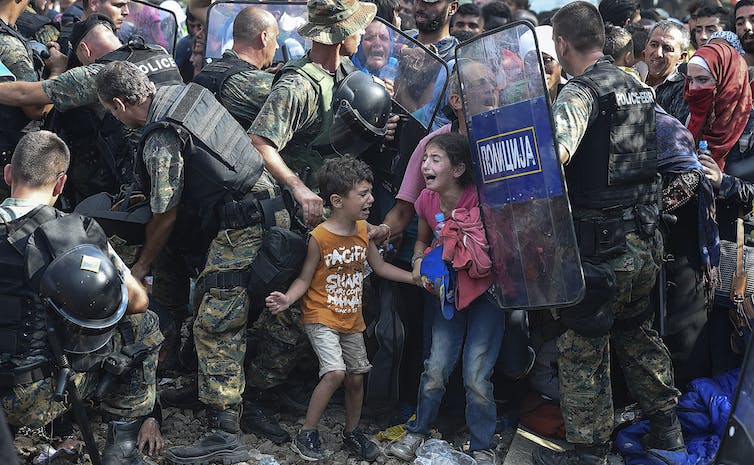 The curators of this exhibition, William A. Ewing and Holly Roussell, have examined many thousands of contemporary photographs and have spoken to hundreds of photographers around the world.

Through this process of interrogation, the material has suggested eight fluid, porous sections around which the exhibition is arranged: Hive, Alone together, Flow, Persuasion, Control, Rapture, Escape and Next. These, as Ewing stresses, are some of the broad themes that are preoccupying many of the world’s finest photographers today. 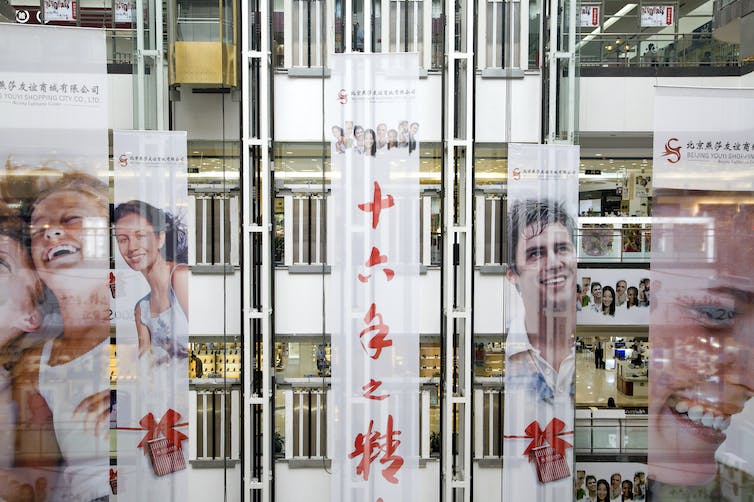 Last year, the exhibition was shown in Seoul, earlier this year in Beijing and now it is in Melbourne, where it has been considerably trimmed of some of its international content and supplemented by a number of Australian photographers. 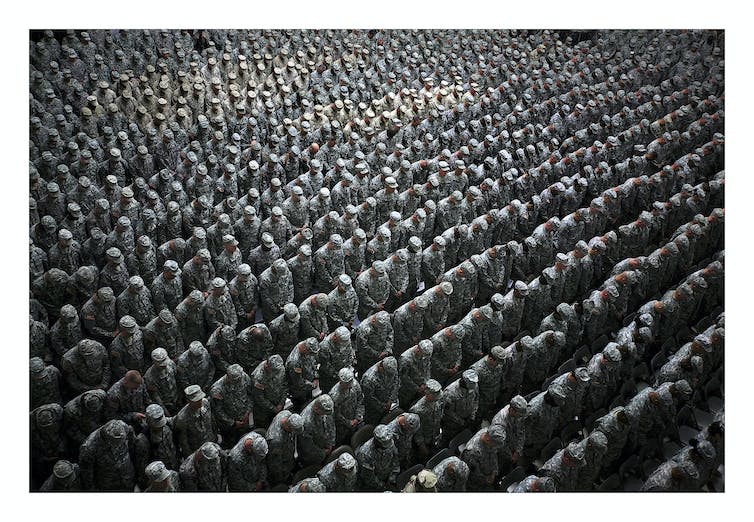 Next year, the exhibition will travel to Auckland, in 2021 to Marseilles and there is promise of future venues in the coming years. The Family of Man was to tour for eight years and attracted over nine million visitors and there is every possibility that this exhibition will match or exceed this number.

If The Family of Man posed the question what do humans have in common to make them human, photographs in Civilization focus on what the curators term the “shared human experience”. The historian Niall Ferguson noted in his book Civilization: The West and the Rest (2011): “It is one of the greatest paradoxes of modern history that a system designed to offer infinite choice to the individual has ended up homogenising humanity.” 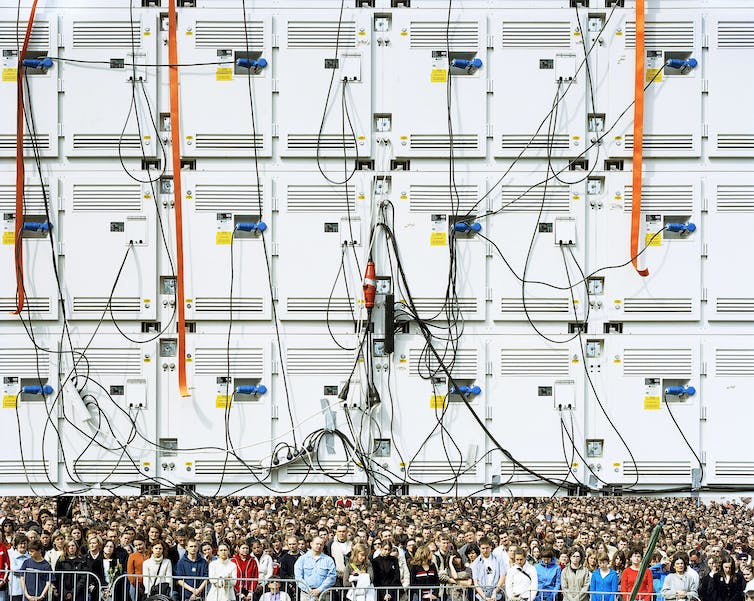 This homogenised humanity prevails in many of the photographs, whether it be in the claustrophobic clutter of the great metropolises of the “Hive” or the truly unsettling images of the “Next” section. This is a future where a perfect race appears in Valérie Belin’s models, robots replace humans in Reiner Riedler’s photographs and we leave this crowded planet in the images of Michael Najjar. 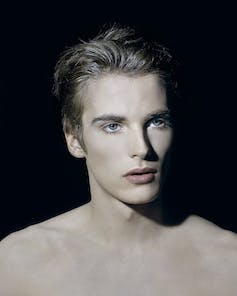 In navigating this extensive exhibition, you experience mixed emotions – on one hand these photographers are holding up a mirror to this concentrated global urban environment that we recognise as real and a shared experience, but on the other hand this is an exhibition of very significant art.

Many of the names of these photographers read like a roll call of some of the leading documentary and art photographers in the world.

In one of the iconic images of this exhibition, Thomas Struth’s “Pergamon Museum 1, Berlin” (2001), a huge type C photograph, our civilisation has recreated a past civilisation so that we can stand in triumph over past achievements.

The young Russian photographer, Sergey Ponomarev, in one of the most moving photographs in the exhibition, “Migrants walk past the temple as they are escorted by Slovenian riot police to the registration camp outside Dobova, Slovenia, Thursday October 22, 2015” comments on the theme of mass migration in the era of the new world order. 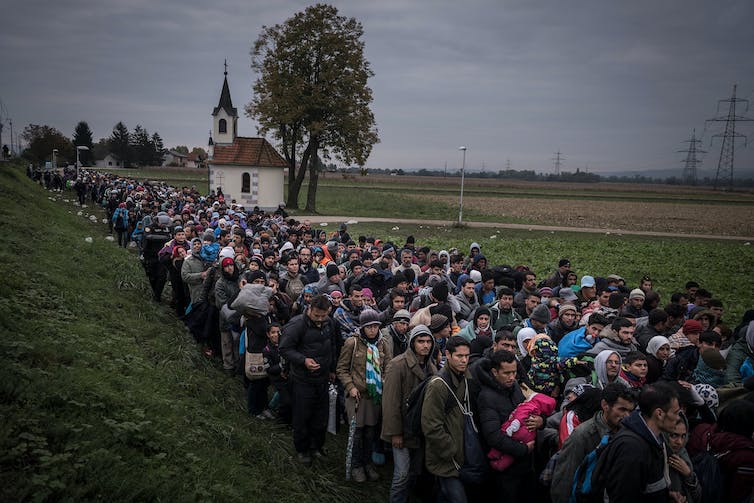 There is also a powerful section on images of escape – an escape from a created reality that now imprisons us – the fake wilderness in American amusement parks recorded by the Austrian Reiner Riedler or the American Jeffrey Milstein’s “Caribbean Princess” (2014) an inkjet print from the Cruise Ships series.

A hallmark of a memorable exhibition is that it seduces the viewer through its sheer beauty, while at the same time making us question the reality that we inhabit.

Civilization: The way we live now is an important milestone exhibition that raises questions of the single planetary civilisation that is now evolving, where a stranger on social media may appear more real than our neighbour, and where our very future appears increasingly problematic.