Curious Kids: how do bushfires start?

You probably know that bushfires are most likely to start when the weather is hot and dry. Bushfires, like all fires, require three ingredients: oxygen, heat, and fuel. These are the elements that make up the “fire triangle”.

Oxygen is a gas. It is in the air we breathe. About one-fifth of Earth’s atmosphere is oxygen, making the Earth particularly prone to fire. If there is a spark and fuel, soon enough you will have a fire.

In the same way that blowing on a camp fire can make it burn more fiercely, wind can make a fire burn more quickly. The wind gives the fire extra oxygen.

In places where oxygen is limited, such as inside logs or in roots growing underground, bushfires can burn slowly for days. Sometimes these smouldering fires, which are fires with smoke but no flame, can suddenly flare up with hot windy conditions. This is one way new bushfires can start. For this reason, it is important to completely put out any fires (such as a camp fire) when you leave it. 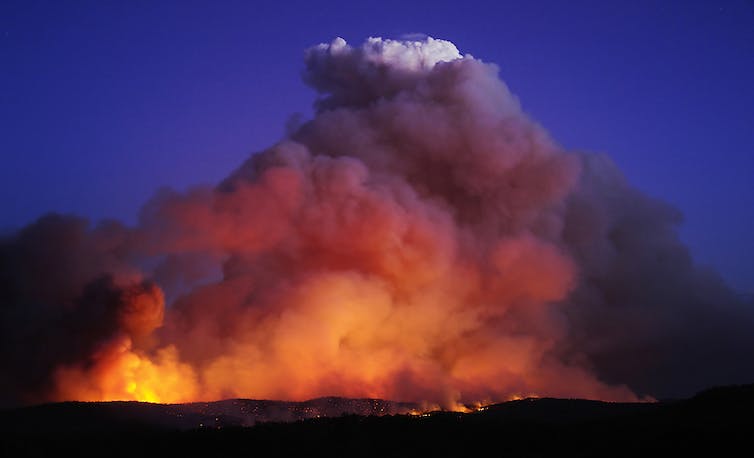 You need some kind of heat to start a bushfire.

Sometimes the heat comes from lightning that strikes a dry patch of plants. Sometimes, although less often, it comes from the sparks that can happen when a rock falls onto another rock and scratches it.

Unfortunately, though, most bushfires are started by humans. Sometimes people start bushfires on purpose but mostly it is accidental. 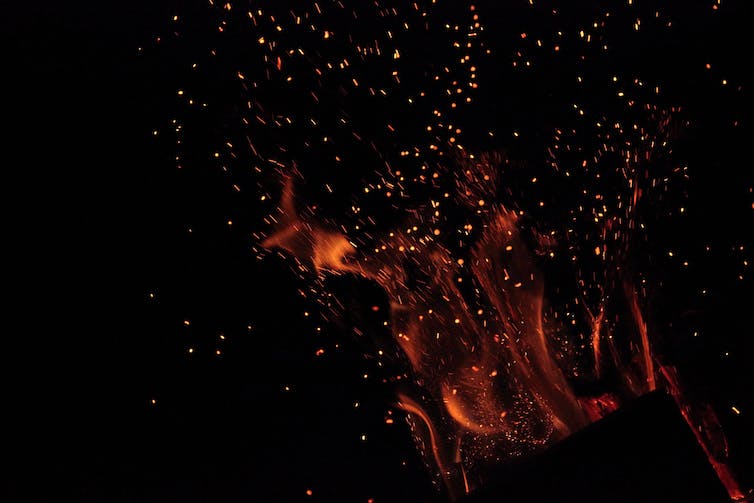 Even a stray spark from a camp fire could accidentally start a bushfire. Flickr/nymawayca, CC BY

For example, a person may accidentally let a small fire get out of control. Unexpected sparks from machinery, electrical systems and power lines can also start fires.

Controlling ignition – where heat can spark a fire – is a big part of reducing bushfires. That’s why we sometimes have total fire bans in some places on hot windy days. A total fire ban means nobody is allowed to start a fire in that area, even a small camp fire.

Plants provide the fuel for bushfires. Dried grass and leaf litter are most likely to burn. Usually green leaves don’t burn easily because they have water in them. But if the fire is very strong and it’s a dry, windy day, green leaves can burn too. In the most extreme conditions, whole tree canopies are burned in what are known as “crown fires.”

Some plants burn more easily than others; some (such as succulent plants) are quite difficult to burn and others (such as eucalyptus trees) burn very easily.

The more fuel there is for the fire to burn, the bigger the fire. This is why fire managers try to reduce the amount of fuel by removing dead plants, or carefully burning small amount of plants (when it is safe to do) so that it doesn’t fuel a big fire later on. 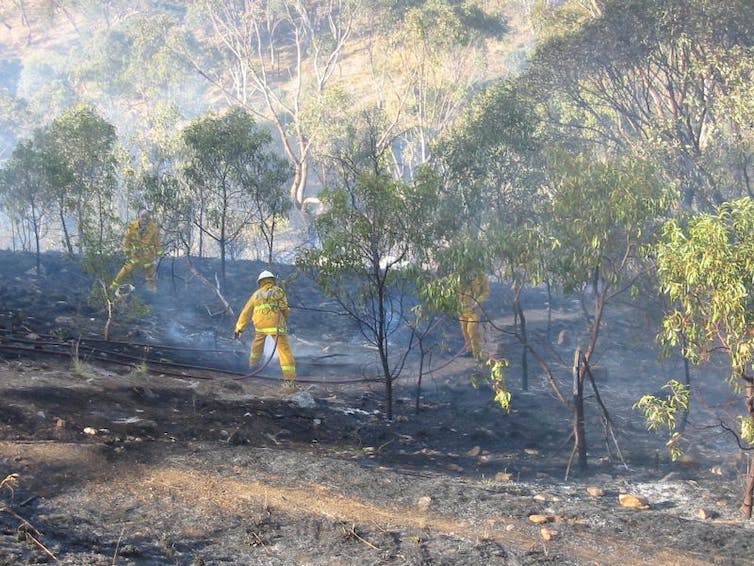 Dry leaf litter on the ground can provide a lot of fuel for a bushfire. Flickr/StephenMitchell, CC BY

Some people want to believe that bushfires can be completely eliminated from the environment altogether. But this a very bad idea, because bushfires are a part of the natural environment. Bushfires have existed ever since plants colonised the surface of Earth more than 400 million years ago.

The bigger question is how best to manage bushfires and learn to live with them, so our homes and places we value are not destroyed.

We need to prevent fire by managing the amount of fuel, and reducing the chance of ignition. That’s just as important as fighting bushfires by putting them out.

Aboriginal people learned to live with bushfires by skilfully setting fires to reduce the amount of fuel and create habitat for wildlife. As bushfires become more common and intense due to climate change, the challenge in the 21st century is to re-learn these lessons from Australia’s traditional landowners. 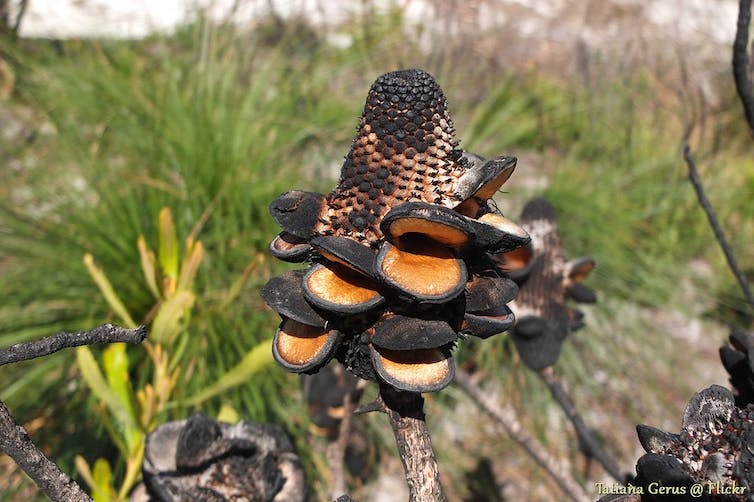 Bushfires are a natural part of our environment. This plant, the Banksia, uses fire to help spread its seeds. Flickr/Tatters ✾, CC BY