Curious Kids: why is there gravity?

I’m told you were rolling marbles when you asked that question, wondering why they roll down more easily than they roll up.

To understand this, we need to know what gravity is.

Something seems to hold us down on the ground. It makes us hit the floor with a thump if we fall over, and makes your marbles roll down slopes.

Have you ever jumped on a trampoline? When you are in the air your arms feel light, your hair floats away from your head. You feel light as a feather, but not for long. 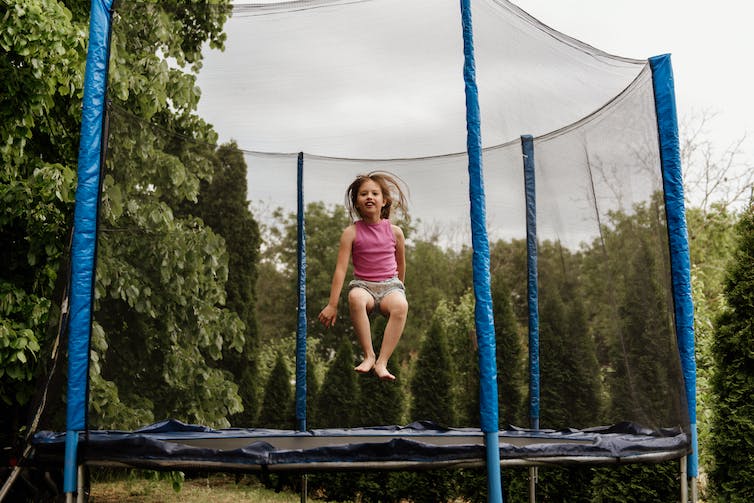 Bouncing on a trampoline can make you feel weightless. Shutterstock/Fnsy

When you come back down onto the trampoline itself you feel heavier, so heavy that the trampoline sinks right down, like it would if your mum was standing on it, as she’s probably heavier than you.

More than 100 years ago a young man called Albert Einstein was thinking about this sort of thing as he was sitting at his desk in an office in Switzerland. 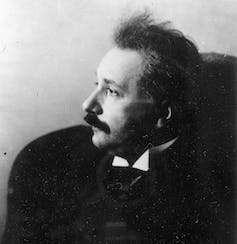 He suddenly had an idea that made him jump up excitedly. Many years later Albert said this was the happiest thought of his life.

He was thinking about how you feel weightless when you are moving freely in the air (like jumping on the trampoline), and how you feel pushed back in your seat when your car suddenly speeds up (called acceleration). Cars were completely new things at that time.

Albert realised the thing that holds us down on the ground is exactly the same as the pushing feeling you feel when a car speeds up. That was his happiest thought.

He realised it is all to do with things changing speed. That includes your car, your marbles, and even you when you land on a trampoline.

It took Albert another eight years of really hard thinking before he worked it all out properly.

The full explanation is very complicated. But we can use a few toys to show you why your marbles roll downwards more easily than upwards.

What Albert found was that big things, like the whole planet Earth, are so heavy they actually change the shape of space and time around us. This is very, very hard to understand but it’s a bit like the way a trampoline would dip down if you sit in the middle. 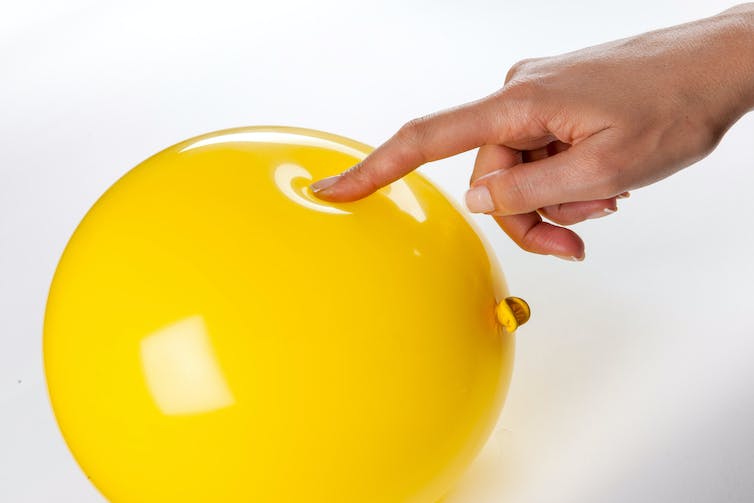 The surface of the balloon warps when you press on it. Shutterstock/Vincenzofoto

To show this, we sometimes use a big sheet of stretchy material and roll balls around on it. The heavier the ball, the bigger the dent it makes, and other balls roll around it because the material is warped.

The planet Earth warps time in a similar way. We can’t see the warping, but special scientific machines called atomic clocks can measure it. It is this warping of time by the Earth that makes marbles speed up and fall towards the ground when you let them go. And that’s what we call gravity. 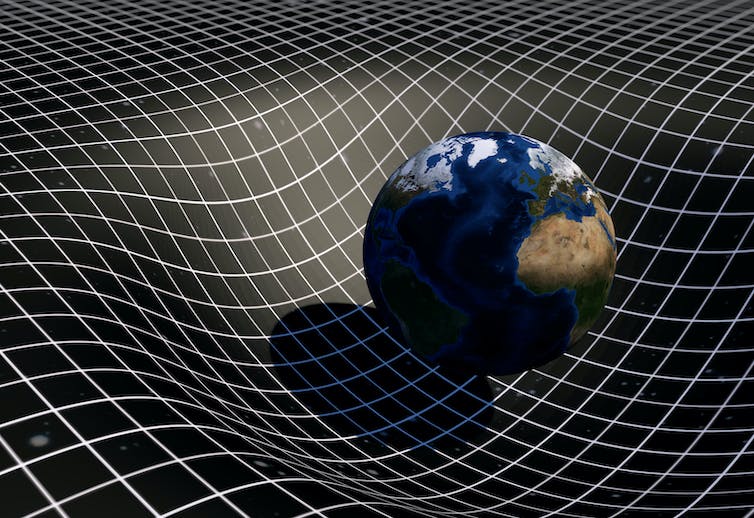 Suppose you won prize to be the first kid to visit the International Space Station, which is a spaceship where astronauts do experiments.

On the space station, everything is weightless. It’s like the same feeling you have at the very top of a trampoline jump, when your hair lifts off your head, except all the time! Astronauts call this being in freefall.

This means your marbles wouldn’t roll down a ramp. But you could still have great fun with marbles. Look at these astronauts having fun with large marbles on the space station.

Marbles on the International Space Station.

What if you went to the Moon? Well, the Moon is much smaller than Earth, so it is less heavy, which makes it have less gravity.

Read more: How big is the Moon? Let me compare …

If you fell over on the Moon, you would fall really slowly. You could take your marble game to the Moon, but they would roll much more slowly on the ramps of your marble roller. It would be pretty slow and boring.

But if you threw them upwards they would go really far up into the black sky before coming back down again 10 or 20 seconds later – much longer than here on Earth. That would be really fun!

There is less gravity on the Moon so the astronauts bounce more than they would on Earth.