After close to a decade of globe-spanning effort, the genome of the southern right whale has been released this week, giving us deeper insights into the histories and recovery of whale populations across the southern hemisphere. 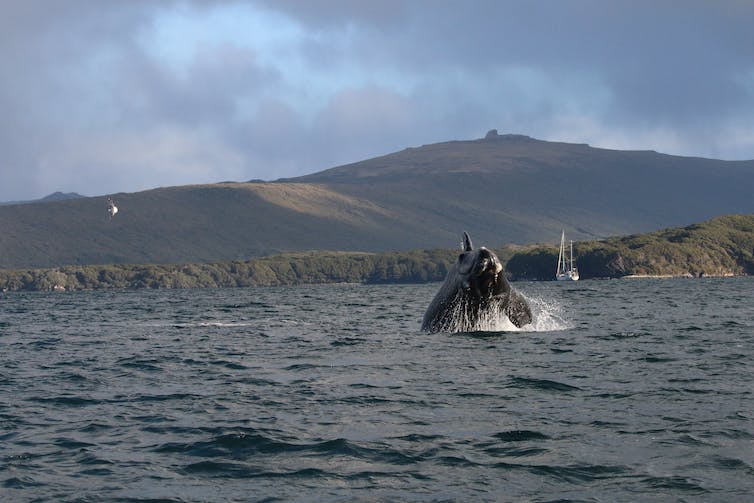 The genome represents a record of the different impacts a species has faced. With statistical models we can use genomic information to reconstruct historical population trajectories and patterns of how species interacted and diverged.

We can then link that information with historical habitat and climate patterns. This look back into the past provides insights into how species might respond to future changes. Work on penguins and polar bears has already shown this.

But we also have a new and surprising short-term perspective on the population of whales breeding in the subantarctic Auckland Islands group — Maungahuka, 450km south of New Zealand.

Spying on whales via satellite

Known as tohorā in New Zealand, southern right whales once wintered in the bays and inlets of the North and South Islands of Aotearoa, where they gave birth and socialised. Today, the main nursery ground for this population is Port Ross, in the subantarctic Auckland Islands.

Adult whales socialise at both the Auckland and Campbell Islands during the austral winter. Together these subantarctic islands are internationally recognised as an important marine mammal area.

In August 2020, I led a University of Auckland and Cawthron Institute expedition to the Auckland Islands. We collected small skin samples for genetic and chemical analysis and placed satellite tags on six tohorā. These tags allowed us to follow their migrations to offshore feeding grounds.

It matters where tohorā feed and how their populations recover from whaling because the species is recognised as a sentinel for climate change throughout the Southern Hemisphere. They are what we describe as “capital” breeders — they fast during the breeding season in wintering grounds like the Auckland Islands, living off fat reserves gained in offshore feeding grounds.

Females need a lot in the “bank” because their calves need a lot of energy. At 4-5m at birth, these calves can grow up to a metre a month. This investment costs the mother 25% of her size over the first few months of her calf’s life. It’s no surprise that calf growth depends on the mother being in good condition.

Read more: I measure whales with drones to find out if they’re fat enough to breed

Females can only breed again once they’ve regained their fat capital. Studies in the South Atlantic show wintering grounds in Brazil and Argentina produce more calves when prey is more abundant, or environmental conditions suggest it should be.

The first step in understanding the relationship between recovery and prey in New Zealand is to identify where and on what tohorā feed. The potential feeding areas for our New Zealand population could cover roughly a third of the Southern Ocean. That’s why we turn to technologies like satellite tags to help us understand where the whales are going and how they get there.

So far, all tracked whales have migrated west; away from the historical whaling grounds to the east near the Chatham Islands. As they left the Auckland Islands, two whales visited other oceanic islands — skirting around Macquarie Island and visiting Campbell Island.

It also seems one whale (Bill or Wiremu, identified as male using genetic analysis of his skin sample) may have reached his feeding grounds, likely at the subtropical convergence. The clue is in the pattern of his tracks: rather than the continuous straight line of a whale migrating, it shows the doughnuts of a whale that has found a prey patch. 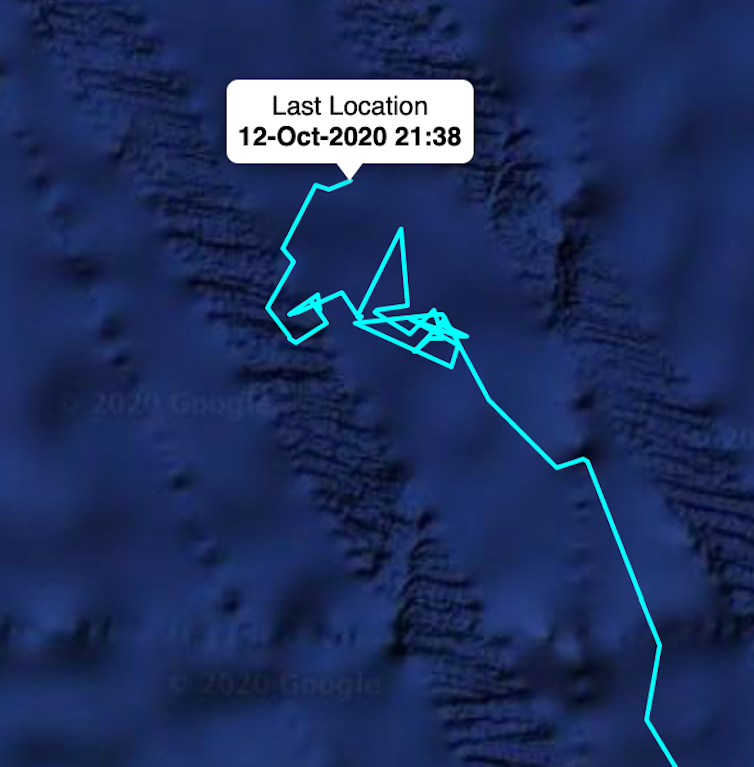 As Bill and his compatriots migrate, we’ve begun analysing data that will tell us about the recovery of tohorā in the past decade. The most recent population size estimate we have is from 2009, when there were about 2,000 whales.

This nifty statistical trick is known as the “close kin” approach to estimating population size. It relies on detailed understanding of the kin relationships of the whales — something we have only really been able to do recently using new genomic sequencing technology.

Globally, southern right whales in South Africa and Argentina have bred less often over the past decade, leading to a lower population growth rate in Argentina.

Concern over this slowdown in recovery has prompted researchers from around the world to work together to understand the relationship between climate change, foraging ecology and recovery of southern right whales as part of the International Whaling Commission Southern Ocean Research Partnership.

The genome helps by giving us that long view of how the whales responded to climate fluctuations in the past, while satellite tracking gives us the short view of how they are responding on a day-to-day basis. Both will help us understand the future of these amazing creatures.