Really Australia, it’s not that hard: 10 reasons why renewable energy is the future

Australia’s latest greenhouse gas figures released today show national emissions fell slightly last year. This was by no means an economy-wide effort – solar and wind energy did most of the heavy lifting.

Emissions fell 0.9% last year compared to 2018. The rapid deployment of solar and wind is slashing emissions in the electricity sector, offsetting increases from all other sectors combined.

Read more: How an Aussie invention could soon cut 5% of the world’s greenhouse gas emissions

Renewables (solar, wind and hydro) now comprise 26% of the mix in the National Electricity Market. In 2023, renewables will likely pass black coal to become the largest electricity source.

In an ideal world, all sectors of the economy – transport, agriculture, manufacturing and others – would pull in the same direction to cut emissions. But hearteningly, these figures show the huge potential for renewables. 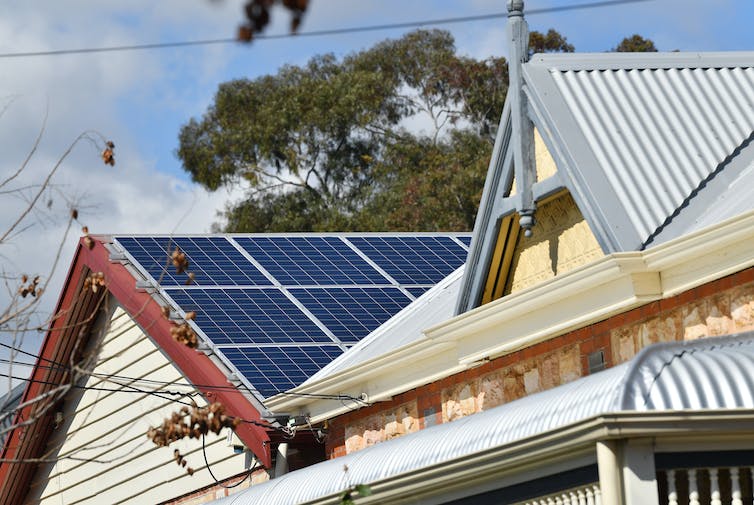 1. It can readily eliminate fossil fuels

About 15 gigawatts of solar and wind farms will probably start operating over 2018-2021. That’s on top of more than 2 gigawatts of rooftop solar to be added each year.

It averages out at about 6 gigawatts of additional solar and wind power annually. Research from the Australian National University, which is under review, shows the rate only has to double to about 12 gigawatts to eliminate fossil fuels by 2050, including from electricity, transport, heating and industry.

Fossil fuel mining and use causes 85% of total national emissions – and doubling the renewables deployment rate would eliminate this.

The task becomes more than achievable when you consider the continual fall in renewables prices, which helped treble solar and wind deployment between 2017 and 2020.

Solar is the top global energy technology in terms of new generation capacity added each year, with wind energy in second spot. Solar and wind energy are already huge industries globally, and employ 27,000 people in Australia – a doubling in just three years.

3. Solar and wind are getting cheaper

Solar and wind electricity in Australia already costs less than it would from new coal and gas plants.

The price is headed for A$30 per megawatt hour in 2030. This undercuts most existing gas and coal stations and competes with gas for industrial heating. 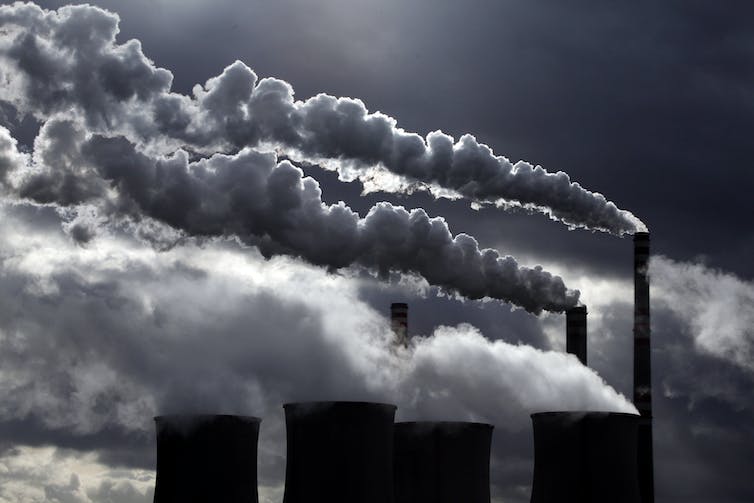 4. Stable renewable electricity is not hard

Balancing renewables is a straightforward exercise using existing technology. The current high voltage transmission network must be strengthened so projects in regional areas can deliver renewable electricity into cities. And if wind and sun is not plentiful in one region, a stronger transmission network can deliver electricity from elsewhere. Electricity storage such as pumped hydro and batteries can also smooth out supplies.

To eliminate all fossil fuel use, Australia would need about 60 square metres of solar panel per person, and one wind turbine per 2,000 people. Panels on rooftops take up no land, and wind turbines use very little. If global energy consumption per person increased drastically to reach Australian levels, solar farms on just 0.1% of Earth’s surface could meet this demand.

A solar panel needs silicon, a glass cover, plastic, an aluminium panel frame, copper and aluminium electrical conductors and small amounts of other common materials. These materials are what our world is made of. Recycling panel materials at the end of their life adds only slightly to larger existing recycling streams. 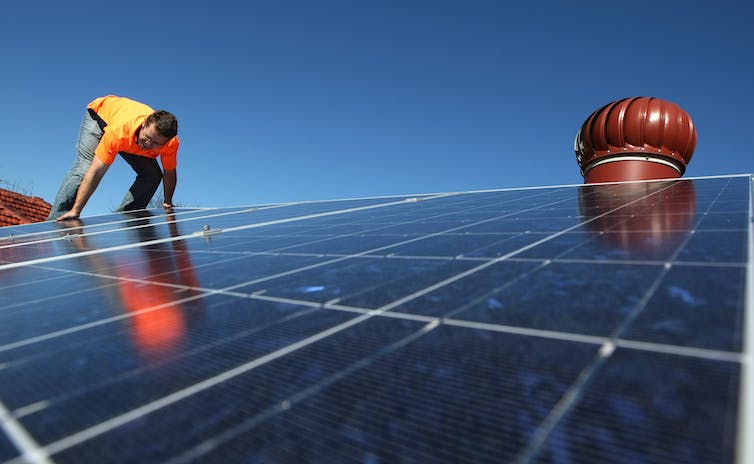 7. Nearly every country has good sun or wind

Three-quarters of the global population lives in the planet’s sunbelt (lower than 35 degrees of latitude). This includes most developing countries, where most of the growth in energy consumption and greenhouse emissions is occurring.

8. We will never go to war over sunshine

Solar and wind power make energy systems much more robust in the face of a pandemic, disasters or war. They are difficult to misuse in any significant way for military, terrorist or criminal activities. And it is hard to destroy billions of solar panels spread over millions of square kilometres.

9. Solar accidents and pollution are small

For a sunny country like Australia, the time required to recover the energy invested in panel manufacture is less than two years, compared with a panel lifetime of 30 years. And when the world is solar powered, the energy required to produce more panels is non-polluting. 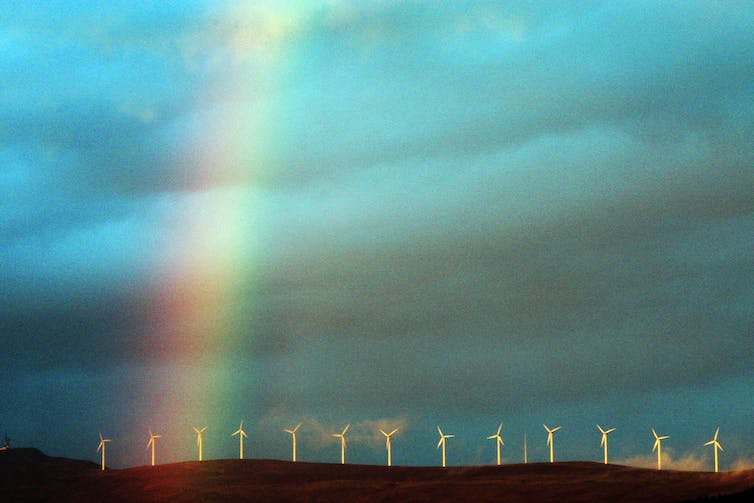 Renewable energy can do they heavy lifting on emissions reduction. Vincent West/Reuters

The future is bright

While COVID-19 triggered a significant fall in global emissions so far this year, they may bounce back. But if solar and wind deployment stay at current levels, Australia is tracking towards meeting its Paris target.

The Reserve Bank of Australia says investment in renewables may moderate in the near term, but “over the longer term, the transition towards renewable energy generation is expected to continue”.

But there are hurdles. In the short term, more transmission infrastructure is needed. Electrifying transport (with electric vehicles) and urban heating (with electric heat pumps) is straightforward. More difficult is eliminating fossil fuels from industries such as steel and fertilisers. This is a task for the 2030s.

But it’s clear that to get to net-zero carbon emissions by mid century, solar and wind are far and away Australia’s best option.