Bring regeneration into the classroom by inviting your students to explore a new and inspiring vision for Australia in 2030.

What would Australia look like in 2030 if we simply listened to the needs of its people?

Regenerating Australia is a 17-minute short film by the team behind the high-impact feature documentaries 2040 and That Sugar Film. It is based on a four-month interview process with a diverse group of Australians who shared their hopes and dreams for the country’s future.

Set on New Year’s Eve of December 2029, a news anchor is ending the nightly bulletin with a look back at the decade ‘that could be.’ A decade that saw Australia transition to a fairer, cleaner, more community-focused economy. The film is a construction of hypothetical news reports and press conferences featuring real news anchors and journalists, politicians, business leaders and citizens – including Kerry O’Brien, Gorgi Coghlan, Sandra Sully, Tim Flannery, Larissa Behrendt and David Pocock. View the trailer here.

The film explores regeneration – putting life at the centre of every action and decision, and bringing vitality and renewed growth to our communities and ecosystems. It covers the key themes of:

The lessons have been designed to empower and inspire students – inviting them to ignite their imagination and dream up a positive and regenerative future for Australia.

These education resources are further complemented by the 2040 package of lessons. Australian schools can apply for a free educational license to screen the film either virtually or on the school campus.

Schools will receive a digital copy of the film and are also invited to download a free School Action Toolkit. School screenings can commence on the 18th of April. The film is also now available on ClickView. Learn about the transpiration of plants and then plan and perform an experiment in groups to investigate the water loss through the leaves of different types of plants in the playground. Students learn about the land/country and where their school or home is located. They are guided by the teacher and their peers to devise a classification system. They will make a plan of action to Regenerate Australia. Students first learn about the land/country where their school or home is located. They then devise a classification system using the leaves from local plants. Consider the intended impact of the film and the structural and/or visual choices that created that impact. They will dig deeper into the ideas presented, then note down examples of regeneration in their own community. Students explore a rejuvenated and transparent democracy system and become active participants in the democratic system by communicating with their local MP about a topic that is important to them. Research and apply sustainability and the concept of regeneration to retrofit a room. They will use their critical and creative thinking skills to apply the best solution with minimal environmental impact. After watching Regenerating Australia, students will work through investigation, creative and critical thinking tasks to gain an in-depth understanding of what regeneration and sustainability mean in the context of their local areas. Students will work towards understanding the concept of ‘regeneration’ and the impact of regeneration on our communities and ecosystems. They will review their understanding of a set of key terms, then watch the film “Regenerating Australia”. 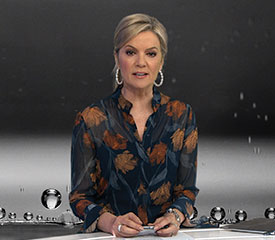 Students will understand the concept of ‘regeneration’ and its impact on our communities and ecosystems. The teacher will activate children’s prior knowledge on the topic in a vocabulary matching game. Students will build an understanding of the concept of ‘regeneration’ and its benefits for our communities and ecosystems. They will complete a 3-2-1- Bridge Visible Thinking Routine and review a set of key terms related to the topic. Regenerating Australia is a Regen Studios film developed and produced in association with WWF-Australia. Cool Australia and Regen Studios would like to acknowledge the generous contributions of Shark Island Foundation, Culture is Life, Documentary Australia Foundation, and our philanthropic partners in the development of these teaching resources.

Cool Australia acknowledges the Traditional Custodians of Country throughout Australia and recognises the continuing connection to land, water and communities. We pay our respect to Aboriginal and Torres Strait Islander cultures, and to Elders past, present and emerging.