The burn legacy: why the science on hazard reduction is contested

When it comes to reducing the extent of bushfires, scientists disagree on the best way to do it. Hazard-reduction burning (also known as “prescribed burning” or “controlled burning”) is controversial and, depending on the scientific paper, it’s shown to either be effective or not work at all.

Hazard-reduction burning is the process of removing vegetation that would fuel a fire – the “hazard” – through burning, slashing or grazing. It’s one of the ways state governments try to prepare for looming bushfire seasons.

The Climate Council published a fact sheet in January this year titled “Setting the record straight on hazard reduction”. It concluded that, while important, in future “no amount of hazard reduction will protect human lives, animals and properties from catastrophic fires”.

But this is at odds with empirical studies in Victoria and Western Australia, which found otherwise, after taking a wider view on the issue.

So why are there conflicting views? 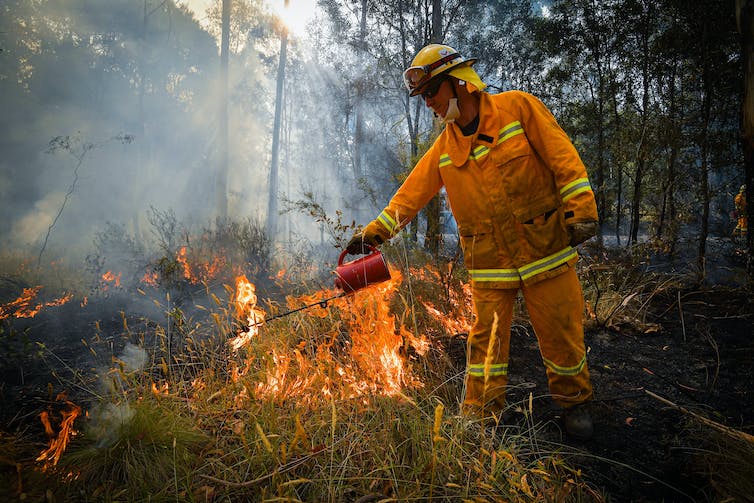 For its report, the Climate Council relied heavily on a 2015 study based on fire and weather records from southeastern Australia over a period of 34 years. This is a relatively short time when it comes to ecosystem cycles – the earth’s natural recycling process of resources like water and carbon.

The researchers of this study used a metric called “leverage” to evaluate the effect of hazard-reduction burning on reducing the extent of wildfires. “Leverage” in this context refers to the ratio between the area burnt by wildfires and the area burnt by prescribed burning.

And they concluded hazard-reduction burning has a statistically significant effect on the extent of wildfires, but only in forested areas with distinct annual drought periods.

The leverage measure implies that prescribed burning only increases the total area burnt, and is therefore ineffective in reducing fire extent.

But the recovery of the plants, animals, nutrients and habitat after low-intensity fire is much quicker than after high-intensity wildfire, according to a long-term Victorian study.

Several other assumptions were also made in the 2015 study, and it is such assumptions that lead to conflicting conclusions with others. While this study is valid within the context in which it was undertaken and includes useful analysis, the conclusions the Climate Council draws from it aren’t supported. 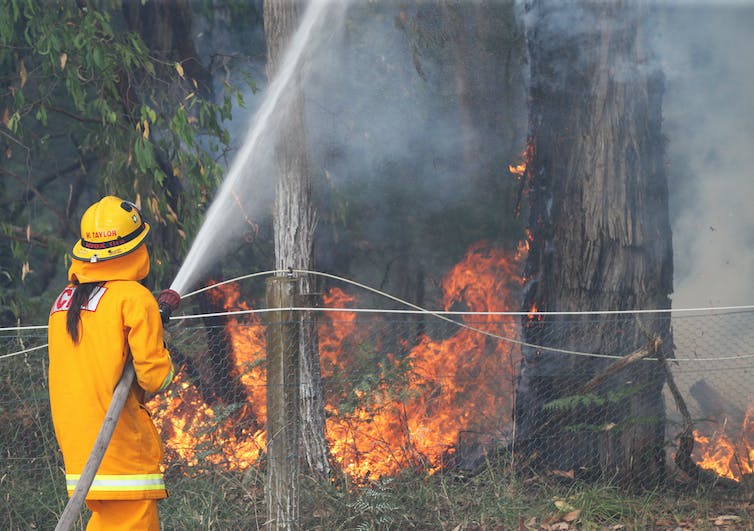 Australia’s disastrous summer has ignited a debate about the best way to prevent and control wildfires. David Crosling/AAP

Hazard-reduction burns do help: a 2009 study

A 2009 study looking at 52 years of fire history in southwest Western Australia identified the benefits of hazard-reduction burns. This includes it leading to fewer fires starting and a greater ability to suppress fires in prescribed burnt areas.

A big reason for the different findings is because, unlike the 2009 study, the 2015 study didn’t explicitly consider how past prescribed burns lower the severity of new high-intensity fires when they move in. This helps fire suppression efforts and helps reduce the spread of wildfires.

The 2009 study showed prescribed burning less than about 4% of a million hectares of forested landscape per year wasn’t enough to show trends in reducing wildfires.

In other words, not enough of the landscape was prescribed burnt to have a measureable effect, so it cannot be concluded that prescribed burning is ineffective at reducing the impact of bushfires from this analysis.

The Climate Council should have taken a broader view of the available scientific studies before drawing its conclusions.

So should we use hazard-reduction burns?

There are many dimensions to the debate about whether to use hazard-reduction burns to mitigate and prepare for wildfires. And not all scientific studies will be equally relevant in addressing particular issues.

So before we decide whether hazard-reduction burning for land management is a good thing, we need to consider all of the variables. This includes increased ecosystem resilience, mitigation of wildfire number and extent, impact on human health, economic value, social impact, Traditional Owner culture, and more.

The Climate Council’s conclusions are drawn only from the consideration of reduced wildfire extent.

In debating the value or otherwise of prescribed burning, we need to use good scientific evidence, but our decisions must be based on the whole picture, not just a selective part of it.

Read more at The Conversation here.