The gloves are off: ‘predatory’ climate deniers are a threat to our children

In this age of rapidly melting glaciers, terrifying megafires and ever more puissant hurricanes, of acidifying and rising oceans, it is hard to believe that any further prod to climate action is needed.

But the reality is that we continue to live in a business-as-usual world. Our media is filled with enthusiastic announcements about new fossil fuel projects, or the unveiling of the latest fossil-fuelled supercar, as if there’s no relationship between such things and climate change.

In Australia, the disconnect among our political leaders on the deadly nature of fossil fuels is particularly breathtaking. 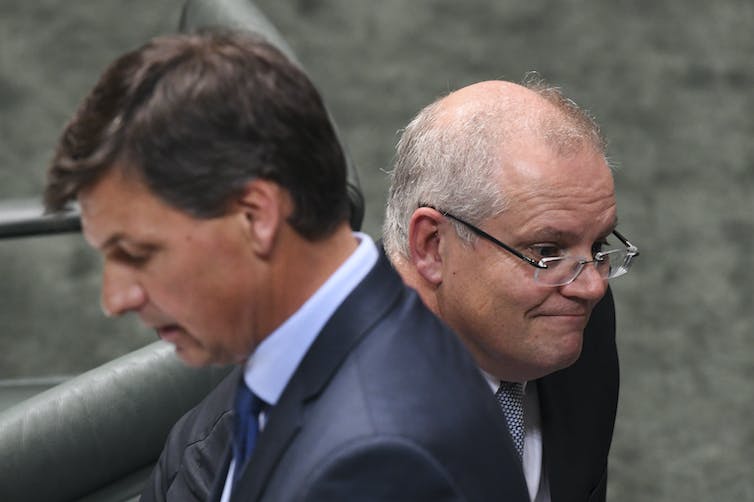 In the past, many of us have tolerated such pronouncements as the utterings of idiots – in the true, original Greek meaning of the word as one interested only in their own business. But the climate crisis has now grown so severe that the actions of the denialists have turned predatory: they are now an immediate threat to our children.

A ‘colossal failure’ of climate activism

Each year the situation becomes more critical. In 2018, global emissions of greenhouse gases rose by 1.7% while the concentration of carbon dioxide in the atmosphere jumped by 3.5 parts per million – the largest ever observed increase.

No climate report or warning, no political agreement nor technological innovation has altered the ever-upward trajectory of the pollution. This simple fact forces me to look back on my 20 years of climate activism as a colossal failure.

Many climate scientists think we are already so far down the path of destruction that it is impossible to stabilise the global temperature at 1.5℃ above the pre-industrial average without yet to be developed drawdown technologies such as those that remove greenhouse gases from the atmosphere. On current trends, within a decade or so, stabilising at 2℃ will likewise be beyond our grasp.

And on the other side of that threshold, nature’s positive feedback loops promise to fling us into a hostile world. By 2100 – just 80 years away – if our trajectory does not change, it is estimated that Earth will be 4℃ warmer than it was before we began burning fossil fuels.

Far fewer humans will survive on our warming planet

That future Earth may have enough resources to support far fewer people than the 7.6 billion it supports today. British scientist James Lovelock has predicted a future human population of just a billion people. Mass deaths are predicted to result from, among other causes, disease outbreaks, air pollution, malnutrition and starvation, heatwaves, and suicide.

My children, and those of many prominent polluters and climate denialists, will probably live to be part of that grim winnowing – a world that the Alan Joneses and Andrew Bolts of the world have laboured so hard to create. 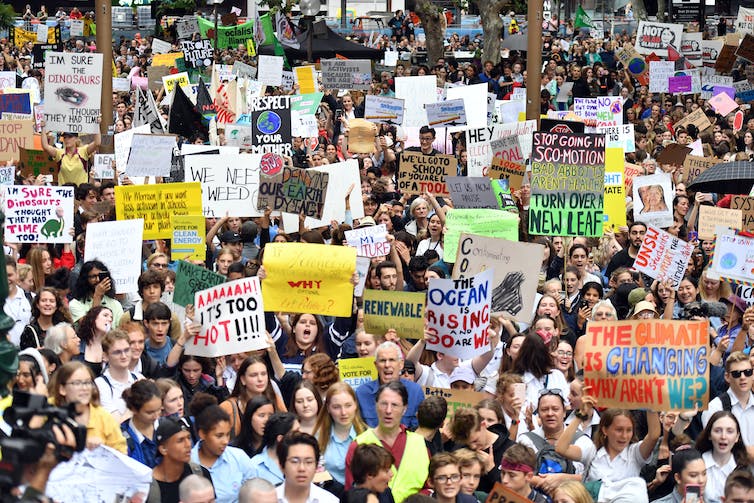 Thousands of school students from across Sydney attend the global climate strike rally at Town Hall in Sydney in March 2019. Mick Tsikas/AAP

How should Australia’s parents deal with those who labour so joyously to create a world in which a large portion of humanity will perish? As I have become ever more furious at the polluters and denialists, I have come to understand they are threatening my children’s well-being as much as anyone who might seek to harm a child.

Young people themselves are now mobilising against the danger. Increasingly they’re giving up on words, and resorting to actions. Extinction Rebellion is the Anthropocene’s answer to the UK working class Chartists, the US Declaration of Independence, and the defenders of the Eureka Stockade.

This is our darkest hour. Humanity finds itself embroiled in an event unprecedented in its history, one which, unless immediately addressed, will catapult us further into the destruction of all we hold dear […] The wilful complicity displayed by our government has shattered meaningful democracy and cast aside the common interest in favour of short-term gain and private profit […] We hereby declare the bonds of the social contract to be null and void.

Words have not cut through. Is rebellion the only option?

Not yet a year old, Extinction Rebellion has had an enormous impact. In April it shut down six critical locations in London, overwhelmed the police and justice system with 1,000 arrests, and forced the British government to become the first nation ever to declare a climate emergency.

So unstable is our current societal response that a single young woman, Greta Thunberg, has been able to spark a profoundly powerful global movement. Less than a year ago she went on a one-person school strike. Today school strikes for climate action are a global phenomenon. 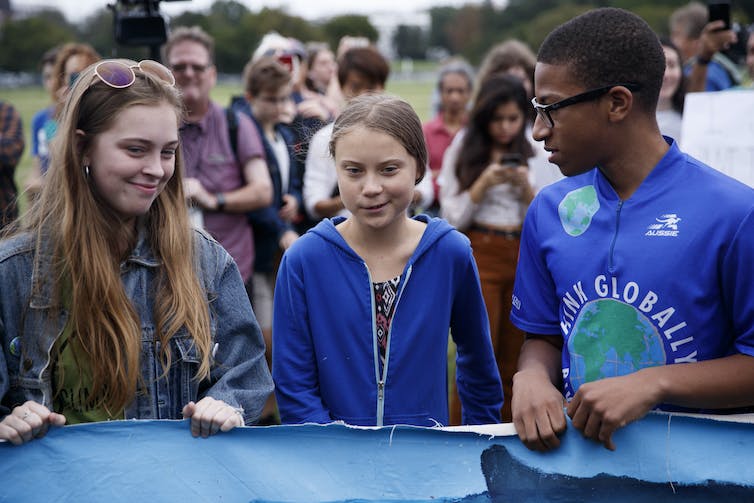 Greta Thunberg, a 16-year-old climate change activist from Sweden, participates in a school strike in Washington in September 2019. Shawn Thew/EPA

On September 20 in Australia and elsewhere, school principals must decide whether they will allow their students to march in the global climate strike in an effort to save themselves from the climate predators in our midst, or force them to stay and study for a future that will not, on current trends, eventuate.

I will be marching with the strikers in Melbourne, and I believe teachers should join their pupils on that day. After all, us older generation should be painfully aware that our efforts have not been enough to protect our children.

The new and carefully planned rebellion by the young generation forces us earlier generations of climate activists to re-examine our strategy. Should we continue to use words to try to win the debate? Or should we become climate rebels? Changing the language around climate denialism will, I hope, sharpen our focus as we ponder what comes next.

Read more at The Conversation.