While we fixate on coronavirus, Earth is hurtling towards a catastrophe worse than the dinosaur extinction

At several points in the history of our planet, increasing amounts of carbon dioxide in the atmosphere have caused extreme global warming, prompting the majority of species on Earth to die out.

In the past, these events were triggered by a huge volcanic eruption or asteroid impact. Now, Earth is heading for another mass extinction – and human activity is to blame.

I am an Earth and Paleo-climate scientist and have researched the relationships between asteroid impacts, volcanism, climate changes and mass extinctions of species.

Read more: Here’s what the coronavirus pandemic can teach us about tackling climate change

My research suggests the current growth rate of carbon dioxide emissions is faster than those which triggered two previous mass extinctions, including the event that wiped out the dinosaurs.

The world’s gaze may be focused on COVID-19 right now. But the risks to nature from human-made global warming – and the imperative to act – remain clear. 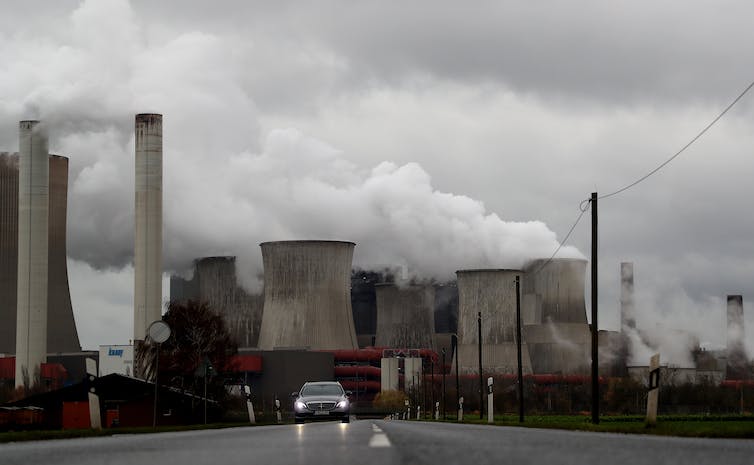 The current rate of CO2 emissions is a major event in the recorded history of Earth. EPA

Many species can adapt to slow, or even moderate, environmental changes. But Earth’s history shows that extreme shifts in the climate can cause many species to become extinct.

For example, about 66 million years ago an asteroid hit Earth. The subsequent smashed rocks and widespread fires released massive amounts of carbon dioxide over about 10,000 years. Global temperatures soared, sea levels rose and oceans became acidic. About 80% of species, including the dinosaurs, were wiped out.

And about 55 million years ago, global temperatures spiked again, over 100,000 years or so. The cause of this event, known as the Paleocene-Eocene Thermal Maximum, is not entirely clear. One theory, known as the “methane burp” hypothesis, posits that a massive volcanic eruption triggered the sudden release of methane from ocean sediments, making oceans more acidic and killing off many species.

So is life on Earth now headed for the same fate? 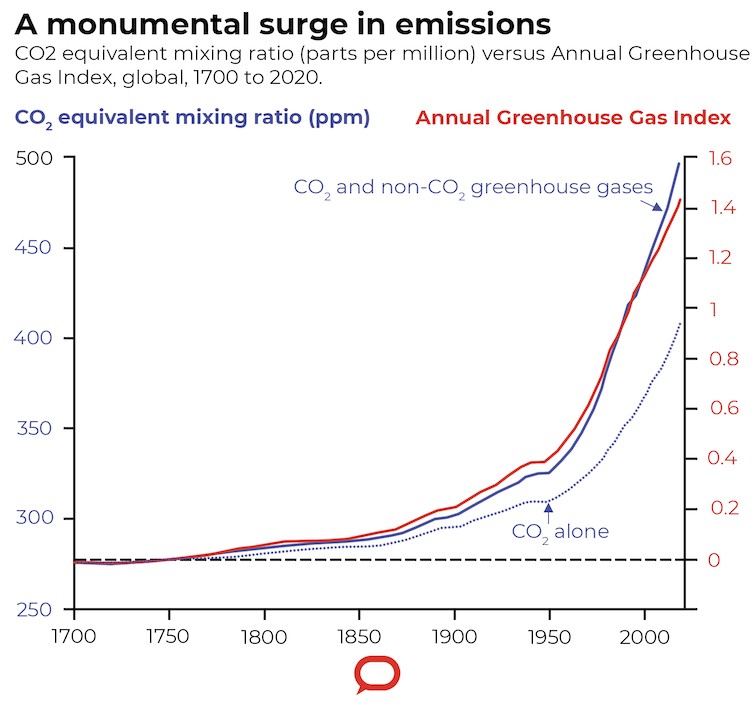 Carbon dioxide is now pouring into the atmosphere at a rate of two to three parts per million each year.

Using carbon records stored in fossils and organic matter, I have determined that current carbon emissions constitute an extreme event in the recorded history of Earth. 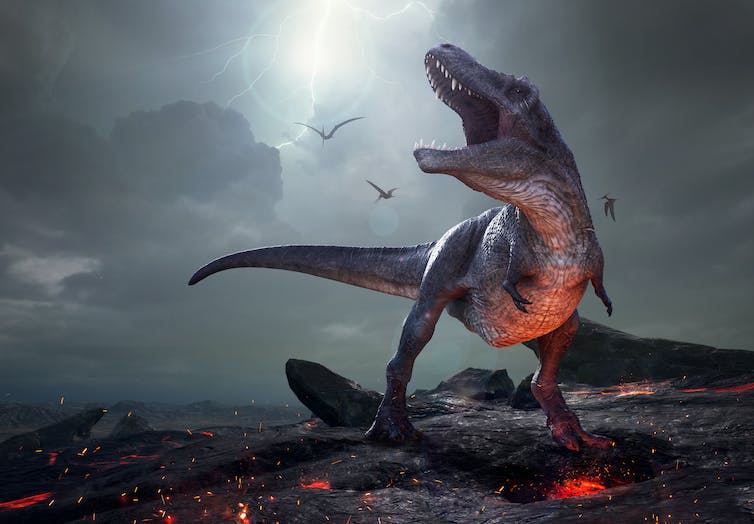 An asteroid wiped out the dinosaurs 66 million years ago. Shutterstock

The next mass extinction has begun

Current atmospheric concentrations of carbon dioxide are not yet at the levels seen 55 million and 65 million years ago. But the massive influx of carbon dioxide means the climate is changing faster than many plant and animal species can adapt.

A major United Nations report released last year warned around one million animal and plant species were threatened with extinction. Climate change was listed as one of five key drivers.

The report said the distributions of 47% of land-based flightless mammals, and almost 25% of threatened birds, may already have been negatively affected by climate change.

Read more: Curious Kids: What effect did the asteroid that wiped out the dinosaurs have on plants and trees?

Many researchers fear the climate system is approaching a tipping point – a threshold beyond which rapid and irreversible changes will occur. This will create a cascade of devastating effects.

There are already signs tipping points have been reached. For example, rising Arctic temperatures have led to major ice melt, and weakened the Arctic jet stream – a powerful band of westerly winds. 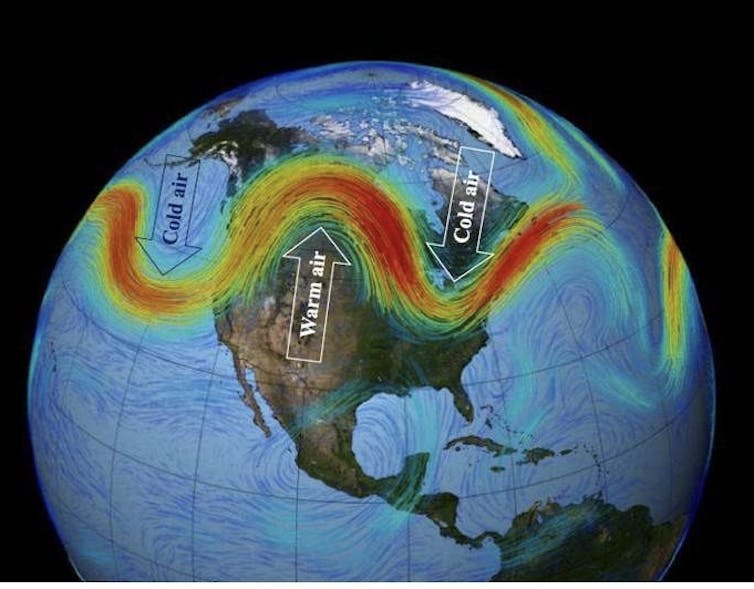 This allows north-moving warm air to cross the polar boundary, and cold fronts emanating from the poles to intrude south into Siberia, Europe and Canada.

A shift in climate zones is also causing the tropics to expand and migrate toward the poles, at a rate of about 56 to 111 kilometres per decade. The tracks of tropical and extra-tropical cyclones are likewise shifting toward the poles. Australia is highly vulnerable to this shift.

Research released in 2016 showed just what a massive impact humans are having on the planet. It said while the Earth might naturally have entered the next ice age in about 20,000 years’ time, the heating produced by carbon dioxide would result in a period of super-tropical conditions, delaying the next ice age to about 50,000 years from now.

During this period, chaotic high-energy stormy conditions would prevail over much of the Earth. My research suggests humans are likely to survive best in sub-polar regions and sheltered mountain valleys, where cooler conditions would allow flora and fauna to persist.

Earth’s next mass extinction is avoidable – if carbon dioxide emissions are dramatically curbed and we develop and deploy technologies to remove carbon dioxide from the atmosphere. But on the current trajectory, human activity threatens to make large parts of the Earth uninhabitable – a planetary tragedy of our own making.